Shaping the Future of Young Leaders 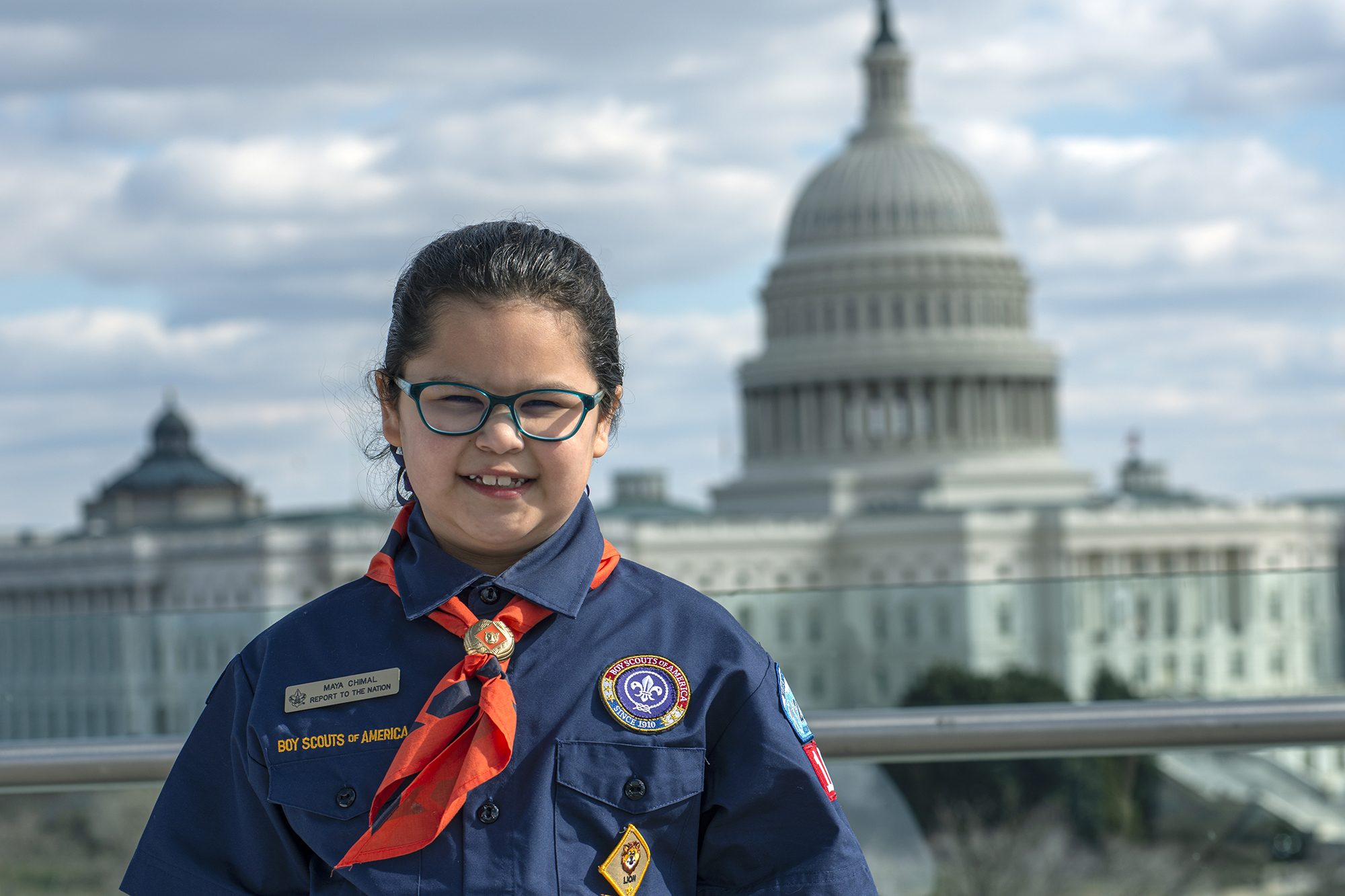 Did you know our newest generation has been dubbed the Alpha Generation?  ‘Gen A,’ as they’re called, applies to anybody that was born after 2010.  Various articles state that this generation will grow up to be the best educated, most technologically immersed, and the wealthiest ever.  While I don’t know about these claims, I do know that here in Tierra Vida we have many young leaders in the making – one of which is Maya Grace Chimal-Valle.

Maya is the daughter of Walter Chimal and Gracie Valle-Chimal and one member of Tierra Vida’s Scout Pack 100.  Since formed in 2018, Scout Pack 100 has performed a number of community service projects including caroling at the community’s Christmas posadas and picking up garbage around the community.  Beyond this though, Maya initiated a new practice for her Pack.  At one meeting, it dawned on her that many in the troop were monolingual Spanish speaking.  She asked the club facilitator if they could recite the Pledge of Allegiance in Spanish rather than English to allow those present to better understand what they were honoring.  Without hesitation, the facilitator said yes. Since then, all of their meetings are initiated with the Pledge in Spanish.

The true character of a servant leader is one who wants to serve first, meeting the highest priorities needs of those served.  Although this may seem small, it is a sign that Maya is looking out for her community and its wellbeing.  Others seem to think so as well, as Maya was one of 13 youth selected to represent the 2.1 million Scouts of America in their annual trip to Washington D.C.  There, she had the opportunity to lead the Pledge of Allegiance (in Spanish and English) at the Capitol building, and also meet our country’s leaders including Representative Nancy Pelosi, Senator Maria Cantwell and President Trump.

Brett Bybee, CEO of Blue Mountain Scout’s Council, said “Scouts like Maya are making a difference right here in our community, and the impact of hundreds of other young people like her unified in service to others is shaping a future of young leaders who will be needed more than ever.”  At Jubilee Foundation we agree. The more we choose to care for our neighbor and highlight the gifts of others, the better we’ll all be in this challenging time.

Today we are announcing that the Center for Sharing is changing our name to Centros, which in Spanish is plural for center.  Centros conveys that our mission is not a single thing, not practiced in a single place, nor represented in a single way.