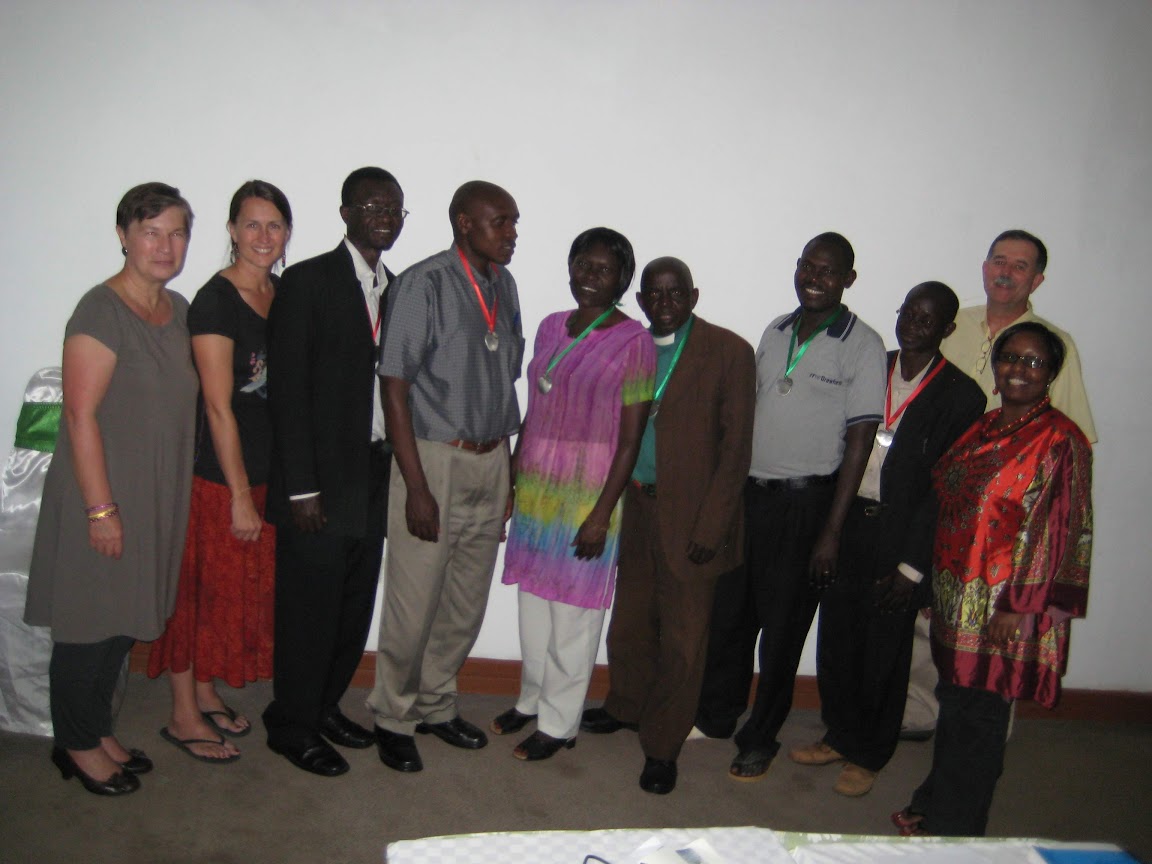 CFS has been offering SL courses through MCK since 2005. Having trained some 20% of their pastors now, we felt this was the right time to hold some regional meetings in order to gather information about the impact of SL on them, and in what ways, if any, they have tried to apply it to the communities in which they are working. Below are some of our findings. An over-arching theme that was echoed in every meeting was the need to “change cultural mindsets” …that mindsets need to be changed before projects can be successful. Some examples include:

(It has been said that culture is the mother, and institutions are the children. More efficient and just institutions depend on modifications to the culture. (Daniel Etounga-Manguelle, quoting Tocqueville). Important to note, is that the collapse of ‘dependency theory’ is increasingly seen as the result of cultural values and attitudes.)

In Nairobi, Kisumu and Mombasa, participants were asked to describe the current context in which they are living. Water seems to be the greatest need in every community, followed by food security issues. Disengaged youth are a great concern as well. Many are dropping out, due to lack of funds, and often, poor quality of education (with 100 or more students per class). Cheap alcohol is increasingly a panacea. 27 died while we were in country, due to drinking toxic brew.

Participants were asked to share what actions they have taken to apply SL:

GRAFCO-SACCO is a savings and loan organization in Kenya, with 2500 members. CFS was asked to present a two day workshop on servant-leadership for their board and administrative staff. This was a follow up to the two day event we presented for their parent organization PWW this summer in Grand Rapids, Michigan. PWW intends to use SL as their philosophy in all their affiliates around the world. 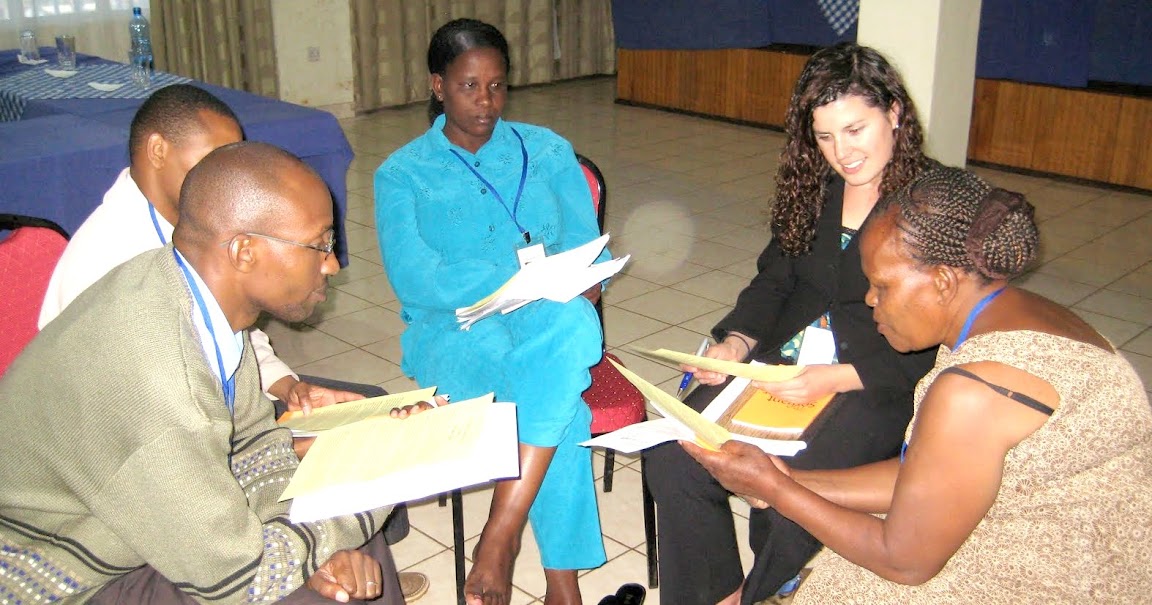 GRAFCO is their largest affiliate, and has been under-going some tension between board and staff between the desire to help people start sustainable business initiatives as well as meet societal needs in a business – as – ministry style. However, due to several challenges, they find themselves unable to pay dividends to current business owners. Some think they should pay the dividends anyway, showing compassion for those suffering.  Others are holding out for stabilizing the businesses first, and paying dividends/helping others later. We talked about the critical importance of commitment to a shared vision.

On the servant leadership training, I think this went well. It was a little quiet for many but it had an impact on all the participants. It brings out a different view of how we look at life and the things that we value more. I spoke to one staff just to find out what they took home and for them, it was interesting how we view leadership from the top and how this is all different when servant leaders lead from the bottom by showing love and care to the people who in turn trust in you and see you as a leader. This was through an illustration shared by the Broetjes with a triangle upside down and leadership being at the top wider side of the triangle.

I am challenged to continue sharing this culture of leadership that begins with the will, love and care for the people that is seen in how you serve them such that people see the authority in you and trust you. I have learned how important it is to value and build the social capital that we have around us and in the organizations that we serve. At this point, my mind is up on moving ahead to encourage the people I am working with on the value of relationships.

I must say the training was remarkable. 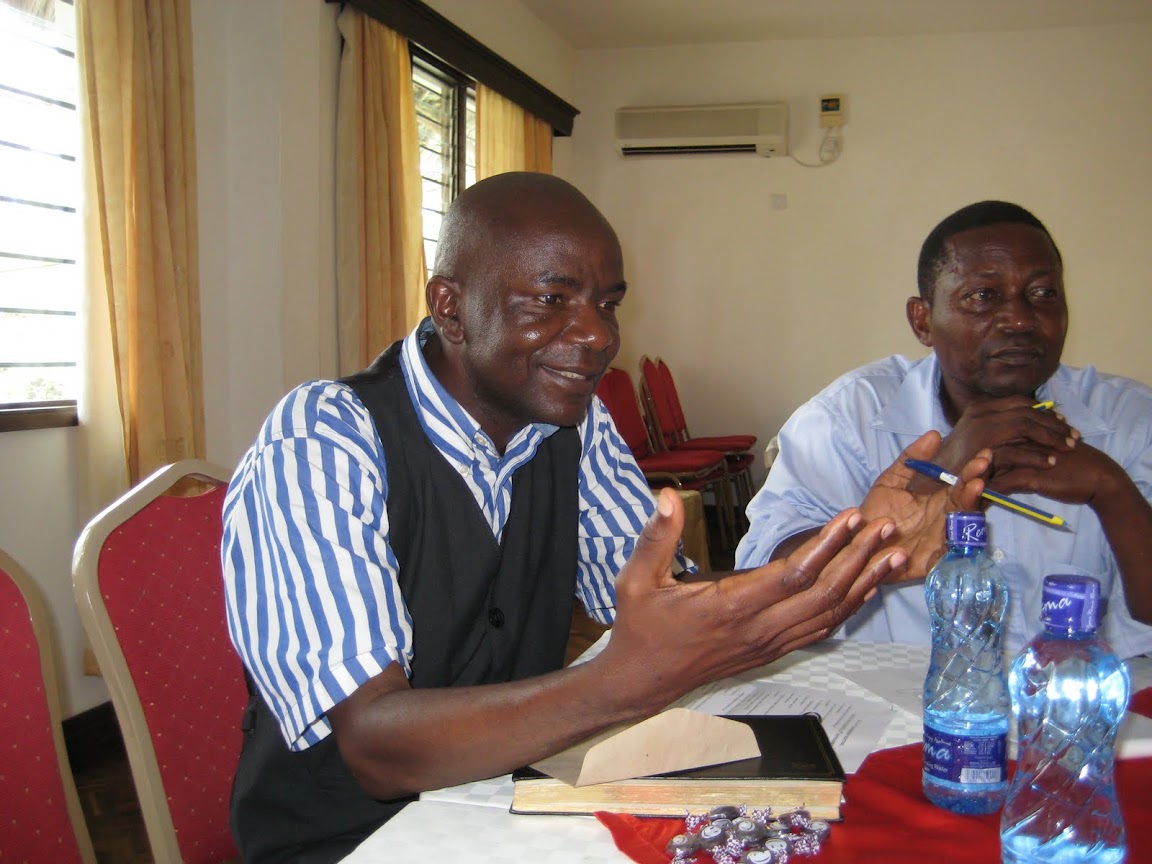 In Mombasa, the pastors who gathered were tired, and struggling to stand with their people who are hungry. People are literally limiting themselves to one meal per day, pastors included. Bishop Tuji, a member of our ’06 course, stepped on a nail a couple of months ago, and due to diabetes, it didn’t heal. Finally, two toes were amputated. His foot is black and blue, and hugely swollen still. Pray for him. Rev. Samuel didn’t even get to the meeting as he ended up in the hospital instead with kidney stones. Some haven’t been paid for months. Yet they are so committed to bringing the gospel to those they serve. 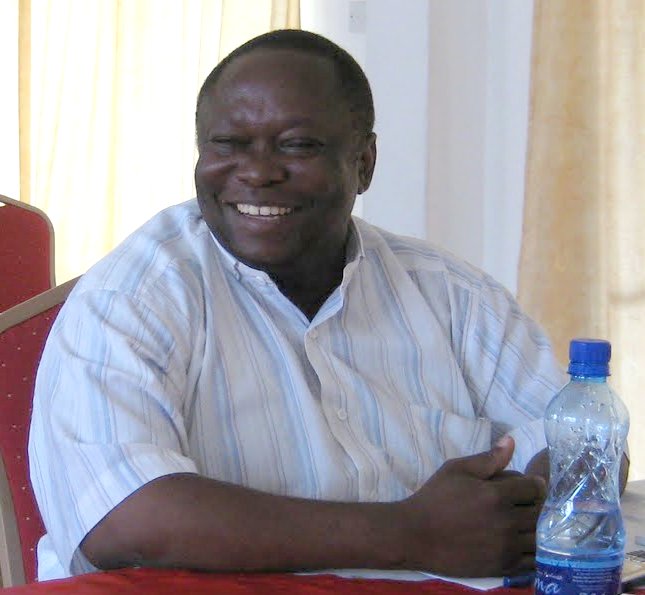 A local pastor, who clarified his call to serve Muslims during our course in ‘06, told another of his famous stories:

…a man stole our church bell, and dropped it in the Tana River. The village chief tried to find out who had done it, but after a week, no one came forward. One month later, a huge cyclone came, and crushed the house of this Muslim man, killing his two children inside. In terror, he came running to the church to confess that he had stolen the bell, and asked what he could do before God killed him?! The pastor told him to go fetch the bell from the river, which is infested with crocodiles and hippos, and bring it back to the church and put it in its proper place. The man did. He said that since stealing the bell he had had no peace. So, he repented, and received the invitation to accept Christ as his Lord, and was baptized then and there.