November 25 is recognized as the UN’s International Day for the Elimination of Violence against Women. Vista Hermosa Foundation has long supported our partners in several countries who are promoting this important work. According to the UN:

At Vista Hermosa Foundation, we’re working with Raising Voices to adapt their SASA! methodology to the Mexico and Central America contexts. SASA (from a Kiswahili word meaning now) is a community- and evidence-based curriculum which encourages community members to recognize violence against women, understand power dynamics between men and women, and eventually take action to work together to prevent violence against women and girls. SASA! began in Uganda and has spread to several African countries, was adapted for Haiti by VHF partner Beyond Borders, and for the last two years we have worked together with our partners in Mexico and Guatemala to adapt it for that region’s context. In 2020, we hope to launch a cohort of organizations to implement the new SASA! adaptation and learn together, supporting each other along the way. These efforts align with the Sustainable Development Goal (SDG) Number 5, “Achieve gender equality and empower all women and girls”.

What will you do to help eliminate violence against women? For ideas and a list of events around the world spanning the 16 days between the International Day for the Elimination of Violence against Women and International Human Rights Day (December 10), check out the 16 Days Campaign from the Center for Women’s Global Leadership. 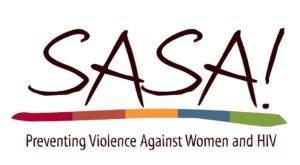 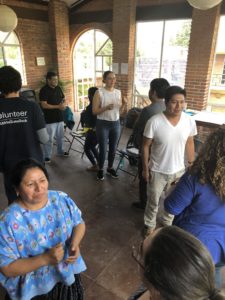