Changing Mindsets and Livelihoods in India 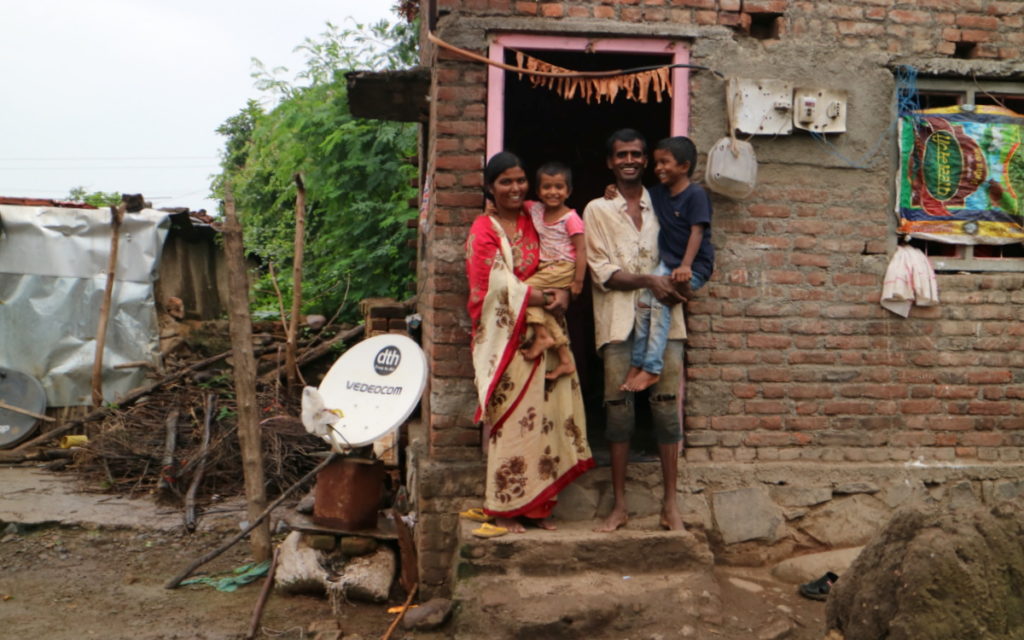 Inderpaul is a cotton farmer in the Vidarbha region of India. Due to poor weather conditions, he fell into heavy debt with local creditors and could only afford enough to pay on the interest. In 2018, he attended a Men Care meeting with World Vision.  The thing that stayed with him from that meeting was ‘a father’s actions affects the many generations to follow. A father who is careless with money and is in debt will leave his kids in poverty’. He did not want to be that father.

“My daughter asks me, ‘every day you spend 20 rupees (40 cents) on chewing tobacco. Why don’t you buy me a book with that money?’” Inderpaul continues, “I had tears in my eyes. I felt very bad.  She is beautiful and a lot smarter than me. She is not even four yet and she wants to go to school with her brother.” The way Inderpaul describes his daughter is a testament to how the Men Care model changes men and their attitudes towards women. “I needed to change my mindset. Why are girls asked to stay at home when boys and girls are equal?” he says.

The other area he had to fix was his finances. Through the Vidarbha Farmer’s livelihood project, World Vision helped farmers learn to work with less water and less capital. ‘Farming God’s Way’ encourages farmers to mulch and avoid ploughing, thus retaining moisture and nutrients in the soil. To show farmers that this approach works, World Vision needed a farmer with the right attitude and the willingness to experiment with something new. Inderpaul volunteered.  He followed these new practices in a small plot and followed his traditional methods in a neighboring plot. “Not ploughing his field? He is corrupting farming, many people told me,” says Inderpaul. It took courage for him to try and it paid off. “In the hot summer my bitter gourd survived,” he says. “I sold three and a half quintals of bitter gourd for a profit of 14,000 rupees ($200).” Inderpaul was convinced and used mulch on his other crops as well. While a normal brinjal (eggplant) plant produces 3 kgs of brinjals every month, his plants produced 10 kgs. “I fed my buffaloes the brinjal and saved 70,000 rupees ($1,000) on animal feed this year” says Inderpaul. He is a changed man now. “I will do farming in my own way, not how my father and forefathers did it,” he says. He is convinced that he does not require large capital to do farming. He also knows that being a good father requires that he is careful with his money. Inderpaul concludes by saying, “I share what I have learned with my friends who live in far-off places. I send them pictures on WhatsApp. I want at least one person to change from my efforts. They will change ten people, and this will multiply. If this happens, I will feel happy. Like I got everything.”